Location of the University of Liège

The University of Liège is mainly located in and around Liège: in the city centre and on a wooded hill some 10 km South in the city called Sart-Tilman.

Other campuses are located in the city centre of Liège, in Gembloux (ca. 70 km West of Liège), and in Arlon (ca. 130 km South of Liège).

Students are invited to arrive around two weeks before the start of the academic year in order to settle down before courses start.

In terms of facilities and student support at ULiège:

– several offices dedicated to help students, before, during and after studies, whether it is aid for studies, social and financial aids, health and well-being, support for students in special situations, alumni

News from the Faculty of Science at ULiège 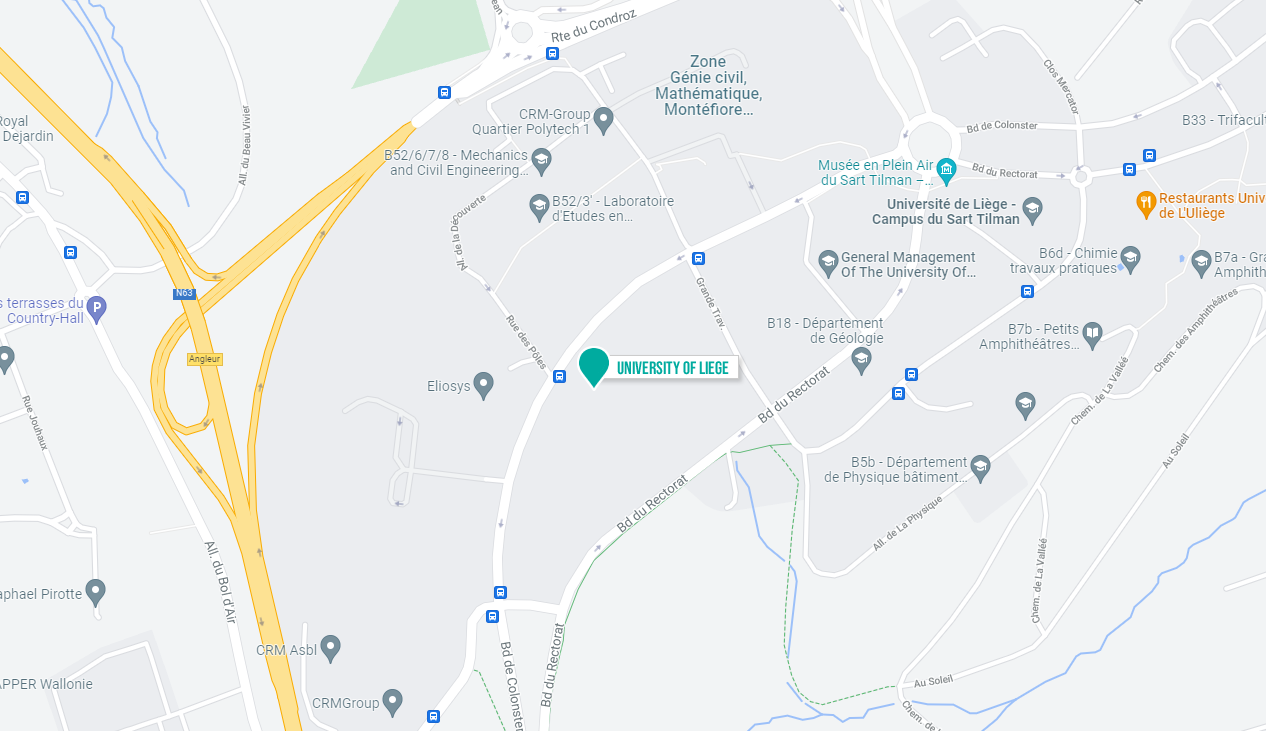